The Crues Kressel Award is for Outstanding Contributions to the Education of Magnetic Resonance Technologists. 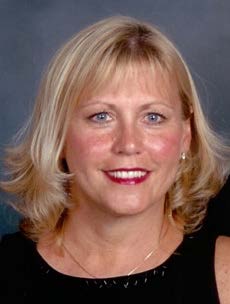 Heidi received an Associate of Science degree in radiologic Technology from the Western Wisconsin Technical Institute in LaCrosse, Wisconsin. She worked in diagnostic Radiology, including CT before she became a staff technologist in MRI in 1985 at the University of Iowa Hospitals and Clinics (UIHC) in Iowa City, Iowa. Since 1987, she has been the manager of the MRI Center at the UIHC. Heidi earned her Bachelor of Science degree in Health Occupations Education from the University of Iowa in 1991 and her Master of Science degree in Health Services Administration from the University of St. Francis in Joliet, Illinois in 1995. She has been a member of the SMRT since 1991 and actively participated as a member of the Finance Committee prior to being elected to the Policy Board in 1995. She has served as Chair of the Bylaws Committee and continues to participate as a member of this committee. As a member of the new Awards Committee, Heidi is currently contributing to the development of the Standard Operating Procedures and guidelines for the new awards. Heidi played an active part in starting the Iowa Chapter of the SMRT and is the Past President of this local chapter. She was the Co-chairperson of the SMRT South Central regional meeting hosted by the Iowa Chapter of the SMRT, which was held in Iowa City in 1994. Heidi has been active in the abstract/poster presentations at the SMRT Annual Meetings and has spoken at several state and district meetings. In a joint project of the SMRT and the American Educators in the Radiologic Sciences (AERS), Heidi contributed to the course content for the publication of the MR Curriculum Guidelines. Continuing education and career development for MRI Technologists are Heidi’s focus and in which she will strive for continued growth.