2017 Fellows of the Society

2017 Fellows of the Society

This award is given in recognition of significant and substantial contributions to the mission of the SMRT. The recipients of this year’s award are: 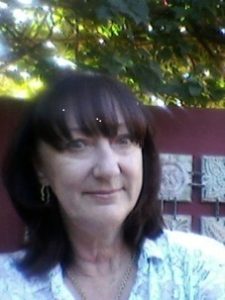 I commenced my MRI career at Royal North Shore Hospital (RNSH), Sydney in 1987. RNSH was one of the first hospitals in Australia to install a MRI system. At that time, there were limited educational resources and this new technology was learnt as it evolved. As time progressed and more opportunities became available, I attended multiple courses within Australia and overseas to continually enhance my knowledge. Meanwhile, as more systems were installed, I was employed in a managerial role by various hospitals and private practices to establish and manage their MRI units. In 2008, I was offered a senior clinical/research position at St Vincent’s Hospital, Sydney with associations to two University/Research Institutions, POWMRI (Prince of Wales Medical Research Institute) and BMRI (Brain and Mind Research Institute). My career change has now progressed from management to education and giving back to the MRI community. 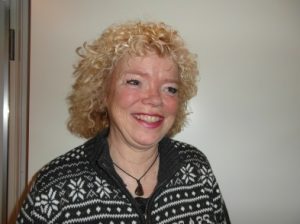 Helle Juhl Simonsen graduated as a Biomedical Laboratory Scientist in 1982 in Copenhagen, Denmark. She started at the first MR center in Denmark, Danish Research Center for Magnetic Resonance (DRCMR), back in 1987. From the beginning, she was very interested in research and has supported many Ph.d. students with data recording and analysis. She is experienced with both human and pre-clinical studies using MR imaging, spectroscopy, diffusion, perfusion and fMRI. She was working on the DRCMR until 2006, where she changed to her current position as Research MRT at the Functional Imaging Unit (FIU) Rigshospitalet, Glostrup, University of Copenhagen. Helle’s main research focus area is neurological diseases. At the FIU, she work in a team of researchers, which have a long term of experience of investigating neuroscience and neural diseases using MRI and functional MR. Helle is also MR safety officer at the department, she teach internal and external employees and she have the responsibility to train and examine new students in MR safety before they can start using the scanner. Since 1987, Helle has been member of the Danish Society for Magnetic Resonance, where she was member of the Policy Board from 2006-2011. She is member of the European Society for Magnetic Resonance in Medicine and Biology (ESMRMB), where she serves some of their committees. Helle has been a member of the ISMRM, which later on was changed to a membership of SMRT, since 2001. She was member of the SMRT Policy Board from 2011-2014, from 2012-2014 as chair of the Global Relation. Helle has served and serves several SMRT committees: 2013-2014 member of SMRT Nominations Committee, 2014-2015 member of SMRT Social Media Sub Committee and SMRT Membership Committee, 2015-2016 member of SMRT Membership Committee, SMRT Nominations Committee, External Relations Sub-Committee- Global Relations and Publications Committee. 2016-2017 member of SMRT Local Chapters Committee, Awards and Nominations Committee and SMRT Abstract Committee. She became member of ISMRM & SMRT/Nordic Chapter in 2012, member of the board as SMRT representative in 2013 and was in 2016 elected as treasure. Helle have participated in all ISMRM meetings since 1997, except for the meeting in 1998 in Australia and all SMRT meetings since 2001 Helle has more than 65 accepted abstracts as first author or co-author; these abstracts are presented to both national and international conferences and some of them as oral presentations. She have presented 12 abstracts as first author for the SMRT meetings, two of those abstracts were elected as oral presentations and were nominated to a 3rd place award in the category of Research Focus Proffered Paper and two others were elected as oral poster presentations and were nominated to a 3rd place award in the category of Clinical Focus Poster Award. Helle’s award winning abstracts have been presented in Signals where she also has written an article. Helle is author or co-author of 14 articles published in both national and international journals, she have arranged 13 courses, two of those courses as main organizer and chair, one of those was a 2 day well attended ISMRM & SMRT Nordic Chapter course in Copenhagen in Marts 2015. Helle has been an invited speaker and has teach at several courses, she has for example two times been teaching about MR methods and research at the diploma program for technologist in Copenhagen and two times she have teaching technologist in how they can be more involved in research. Helle has through her contacts and friends in SMRT started collaboration between the University of Cincinnati, USA and Functional Imaging Unit (FIU), Rigshospitalet, Glostrup, Denmark. She has in 2014 and 2015 been visited by two students and the associated Professor in Copenhagen. During the students stay in 2015, they completed a research study and abstract entitled “Comparison of Functional MRI Activation between Finger Tapping and Motor Imagery Finger Tapping”. For this abstract one of the students received in 2016 at the SMRT meeting in Singapore the John A. Koveleski Award for Professional Development. Helle has in 2016 the honor to be elected for a research grant by the Laboratory Medicine Society for Biomedical Laboratory Scientist. She got the grant for her MR Research and was chosen between technologists working in different areas. It is the second time that Helle receives this honor; she was also elected in 2011. Helle is very very honored to be nominated for the SMRT Fellow of the Society and she thanks so much for the nomination. 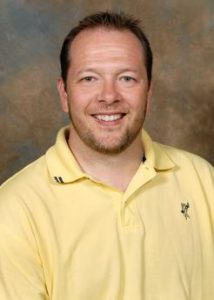