This award is given to recognize extraordinary achievement and an exceptional level of service and support for the Section and mission of the SMRT. The recipient of this year’s award is: 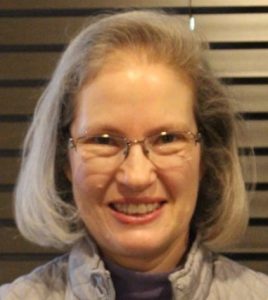 Cindy began her career in Radiology by graduating in 1985 from the University of Nevada Las Vegas in the field of Nuclear Medicine Technology. In 1989 she was offered a unique job opportunity to learn cardiovascular MRI and since that time has held various positions in the areas of industry, research and as a clinical MRI technologist. In 1997 during her tenure as MRI Clinical Educator for GE Medical Systems she became a member of the SMRT and in 2001 she was elected to the SMRT policy board and has been an active member ever since. Cindy credits the SMRT to have given her an opportunity to have worked with so many outstanding MRI professionals. She is considered an internationally recognized expert in the field of cardiovascular MRI and in keeping with the mission of the Society for MR Radiographers & Technologists she has been able to fulfill her passion in sharing her knowledge with radiographers/technologists and physicians from around the world. She has had the honor to have served as the SMRT President 2006-2007 and most recently as the External Relations Liaison 2011-2015. She has developed cardiac MRI training materials, book chapters, authored and co-authored numerous scientific publications, and has given many presentations at educational meetings for both radiographers/technologists and physicians. Cindy feels that it is truly an exceptional honor to be considered as a nominee for the Honorary Membership Award.