This award is given to recognize outstanding contributions and extreme level of effort and service to the operation, effectiveness, and good reputation of the Society. 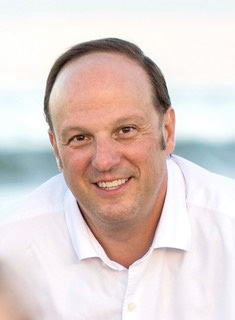 Jim has been a member of and actively involved in the SMRT since 1996. He was elected SMRT President from 2017-2018 and served on the ISMRM Board of Trustees from 2017-2018. As president, he was instrumental in helping develop the first web broadcast of the SMRT meeting from Singapore. During his presidency, he also worked with the ISMRM Program and Education Committees to develop the first three-day SMRT Annual Meeting. He also worked with the Board to oversee a re-launch of the eLearning center and develop two new member types: Affiliate and Early Career. He also worked to create a joint relationship with CAMRT to create multiple online educational seminars.

Jim served his first term as a member of the SMRT Policy Board from 2001 to 2004 and was the Program Chair for the 13th Annual SMRT Meeting in Kyoto, Japan. While on the Policy Board, he served as the 2004 Regionals Committee Chair and served on the RCEEM Ad-Hoc Committee, Education Committee, and 2005 & 2006 Program committees. He was elected the technologist representative on the MRI Sub-Committee from the Joint Review Committee on Education in Radiologic Technology (JRCERT). The committee is responsible for review of program accreditation materials and makes accreditation recommendations to the full Board of Directors.

He served his second term on the SMRT Policy Board from 2012-2016 and was chosen by the SMRT president to serve as the Executive Member for 2013-2014 and 2014-2015. One of his responsibilities as Executive Member was to plan the ISMRM/SMRT joint forum. The 2014 topic was on PET/MRI, and the 2015 topic was on Whole Body DWI. He was instrumental in helping to acquire the SMRT.org web address to aid in developing better name recognition and a stronger web presence. Jim currently lectures at international, regional, and local chapter meetings for the SMRT and other prestigious organizations on all current topics dealing with human & veterinary MRI.

Jim currently is president and CEO of AnimalScan, LLC, & vice president of Warren Radiology MRI, LLC. Jim received his Bachelor of Science degree with a minor in management from College Misericordia in 1990. While attending College Misericordia, he received the Rho Tau Scholarship award for clinical excellence and was elected to the Phi Sigma Beta and Kappa Gamma Phi National Honor Societies. He was also elected to Who’s Who among students in American Colleges and Universities. As president & CEO, Mr. Stuppino directly oversees all facility financial and business operations. He was actively involved with Siemens Medical Systems testing new hardware and software on both Open and High Field MR Systems. He co-authored multiple research projects. One entitled “MR Imaging of Exercise Skeletal Muscle: An Atlas of Functional Anatomy,” won a cum laude award at the Radiologic Society of North America and was then published in the CMRS newsletter. It also earned an award at the Pennsylvania Radiologic Society. The August 1, 2001 Journal of Cancer published another of Jim’s research projects entitled, “Improved Accuracy in Differentiating Malignant from Benign Mammographic Abnormalities.” Currently, he and his company are working with the Marine Mammal Center in California to provide MR imaging of the California sea lions for detection of domoic acid toxicity. Jim has been actively involved in technologist education and lecturing. He has been an adjunct professor at College Misericordia in Dallas, PA, and Northampton Community College in Bethlehem, PA, teaching courses on preparation for the ARRT MRI Boards.